Reputation management is not enough 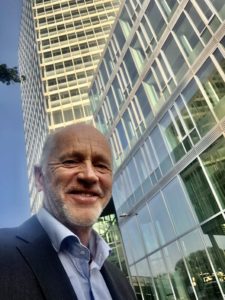 More and more climate change becomes part of reputation management of organizations. They are showing good climate behavior in their PR-campaigns increasingly. Airline companies are inviting you to plant trees, which in itself is a good initiative. Of course it doesn’t outweigh the enormous amount of greenhouse gases emitted high in the sky. But the trees are giving you the idea that the climate is being taken into account.

Unfortunately these kind of initiatives are in many examples only a PR and marketing reputation tool. In the Algemeen Dagblad of May 31 2018, an article states that Dutch organizations like Unilever, Philips, KPN and ABN Amro are among the 41 organizations, that want their employees to leave their polluting cars behind them. At Unilever, this climate improvement intention is in very stark contrast with the fact that the company is the largest plastic polluter in the Philippines, according to Greenpeace and other ‘well-informed circles’.

KPN is quite active when it comes to climate matters. However, the organization already has its 5G-network ready about which there is still a lot of concern. No fewer than 63,000 scientists united at the end of March 2019 to stop the wireless 5G network. The so-called radiofrequency radiation increases enormously by 5G, and this RF radiation has proved harmful to people and the environment. But the proponents attenuate this risk, for it is also agreed that there is much more radiation around us in the house than in the open air, even after the 5G transmission towers have been installed. In the meantime KPN continues working on the network tight-lipped; they simply ensure that they will soon serve the market. Furthermore, the organization has switched to green electricity, with which they want to show that they are really doing well. ABN Amro mentions the environment more and more in publications, I don’t know if that is just reputation management. In the summer of 2018, de Volkskrant reported that the bank (just like its competitors) was up to its neck in the palm oil companies, which are guilty of human rights violations and the logging and burning of jungle.

Despite its laudable aim to get employees out of the car, Philips is also not innocent when it comes to climate themes.  Although it must be said that most complaints about Philips on the internet date from the 2010s. Due to interference from the company, the mercury-containing TL Pipes kept on the market much longer than scientists believe was good for the environment. Philips itself thought that a complete abolition of the fluorescent light was bad for the environment, but the internet medium Follow the money doesn’t believe the company. The medium is convinced that Philips is making profit more important than sustainability. It can be noted from these examples that sustainability no longer can be ignored by companies. This doesn’t immediately make them more sustainable, but it seems clear that something should be done and certainly has to happen in the forthcoming years. I developed the concept of ‘switching leadership’, a leadership style based on 10 future ingredients. Once climate change was not more than a toy in political landscape. But now it has lost that image. I can see and feel this in my daily reality. Because I am for more than 25 years in Learning & Development I have trained and coached leaders, managers and employees. In my meetings I saw a lot of indifference about climate matters. Many people said that it was important, but they were a little bit too quiet when I asked what they did practically did in their organizations to stimulate climate consciousness. Because leaders should really show and stimulate consciousness about climate change, not only because of the reputation of their organizations, but also because it shows that he or she is visionary. The focus should be not only on the own tribe or organization, but on better environments and a healthy world.

We really need these organizations when it comes to the restoration of our climate conditions. We need long term plans and short term actions based on these plans. And this is much more than reputation management. The problem is that we are tending to condemn and even exclude organizations when they aren’t behaving in the right way. But it is much more effective to stay in touch with them. The thing is that we need also polluting organizations for change. They have to change their production processes. And they will never do this when we approach them with hostility.

Bert Overbeek is an experienced trainer and executive coach. In his book ‘De schakelaar’ he emphasizes the chances, challenges and limitations of future management: the digital change, diversity & inclusion, climate change and more. Overbeek has developed a short program for managers about future management. 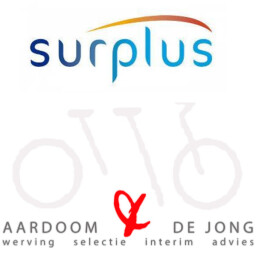